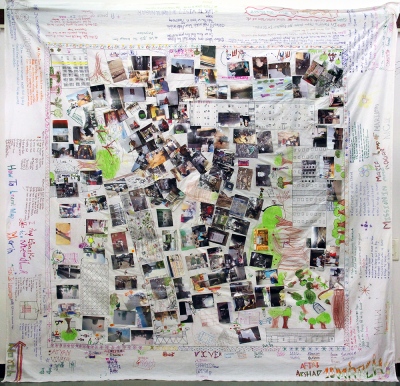 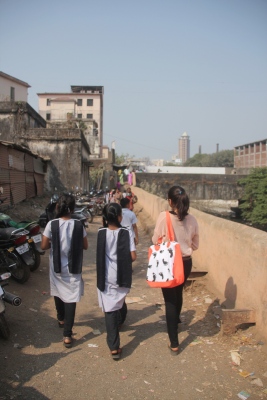 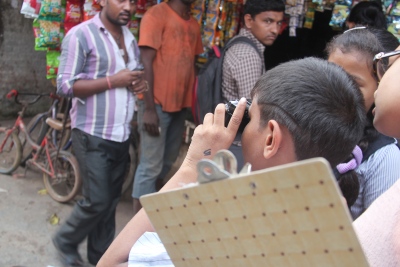 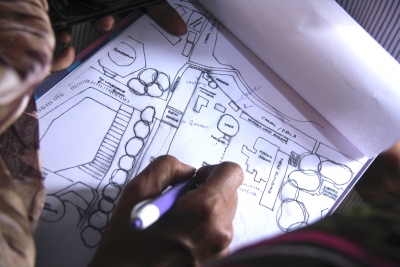 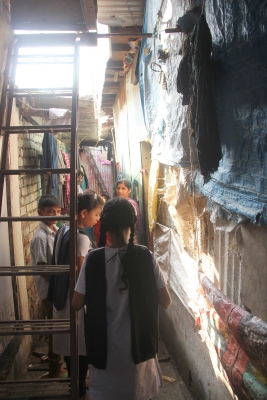 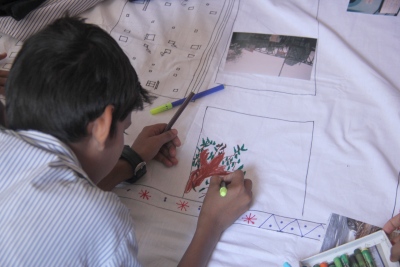 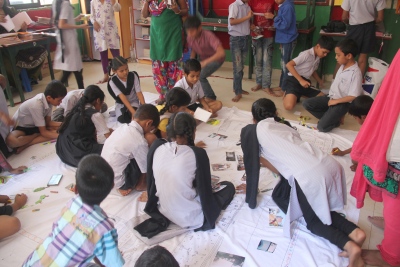 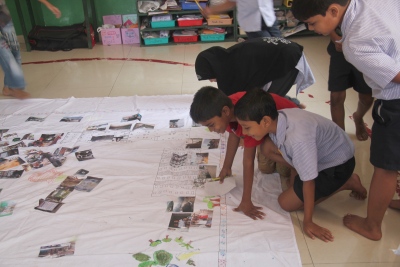 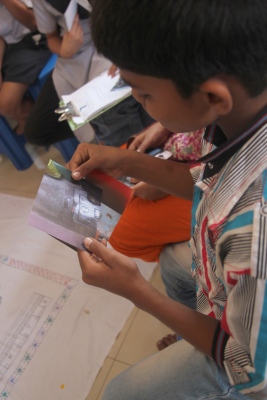 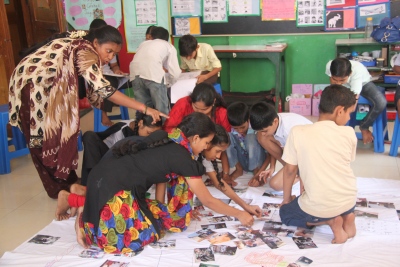 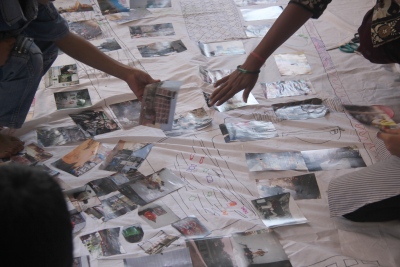 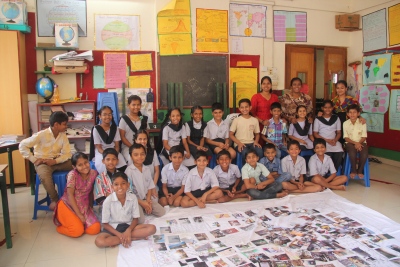 During Walkabouts the class made a collective map of learning in neighbourhood Mariamma Nagar, 2014. This pedagogic experiment used various design practices including exploration, observation, and documentation of the neighbourhood, as well as drawing, composing, writing and making, in formal and informal ways in and out of the classroom.

Following our exploration of learning in and around the school building, the children (now age eleven) were asked how they felt they learnt in their home environment. 'What do you learn from? Who, when, where, how and why?' On a February morning, the class, teachers, facilitators and volunteers set off to the settlement, to map learning in and around the home. Each group of children was given a camera and a number of questions to answer photographically. I had prepared clipboards with hand-drawn maps to locate images they would take. The cameras (a mixture of digital and analogue) were numbered in order to be able to identify whose were whose. The children and their facilitators went on 'walkabouts', gathering information visually that they would later use to create their interpretation of a learning territory; they had no set direction and were led by their curiosity. They assessed the area by walking while documenting the settlement photographically.

Walkabouts comprised a number of different design practices in sequence to engage the class in composing a map of learning in the neighbourhood. Walking, photographing, collage, drawing and writing came together to represent how the children used their neighbourhood as a teacher.

The term walkabout is used to describe an Australian aboriginal journey across the landscape that represents a rite of passage or coming of age.